Mental Illness is often overlooked and is more common than we think.

Mood disorder: also known as mood affective disorders, is a group of conditions where a disturbance in the person’s mood is the main underlying feature

Anxiety: A mental health disorder characterized by feelings of worry, anxiety, or fear that are strong enough to interfere with one’s daily activities

ADHD: A chronic condition including attention difficulty, hyperactivity, and impulsiveness.

Psychotic Disorder: A mental disorder characterized by a disconnection from reality.

Eating Disorder: An eating disorder causing people to obsess about weight and what they eat.

Personality Disorders: a mental disorder involving a rigid and unhealthy pattern of thinking, functioning and behaving.

It’s Mostly in the Genes

The biggest cause of metal illness is based on genes. If someone in your family has a disorder you are 20-30% more likely to get it.

The best way to help or control mental illness is medication and therapy. There is no treatment that works for everyone people can chose the treatment, or combination of treatments, that works best for them.

Another great method of treatment is peer support and support groups. Having people who have been through or are going through similar experiences can help a lot.

Welcome to the Lighthouse for the Nations, a parish of the Redeemed Christian Church of God. We are committed to teaching the undiluted word of God to people of all nationalities.

We're not around right now. But you can send us an email and we'll get back to you, asap. 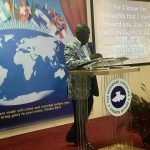 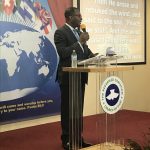 The battle of the mind in Marriage – Pastor OkurevAmerica